We were looking forward to reading your newest book “Talking to Strangers” as we are both fans of your work. We enjoy your ability to challenge the structures and beliefs we accept and/or hold dear by encouraging us to think about them in new ways.  In “Talking to Strangers” you theorize that everyday communication is difficult due to:

While these theories may be true, your application of them within the two case studies dealing with sexual assault resulted in conclusions that were simplistic and just plain wrong.  What you fail to do in discussing the horrific child sexual abuse perpetrated by Jerry Sandusky, Defensive Coordinator of the Penn State football team, and the sexual assault of Chanel Miller (formerly known as Emily Doe) who was sexually assaulted by Brock Turner on the Stanford University campus is demonstrate any understanding of the following realities:

We’d like to draw your attention to what is missing in your analysis.

What you also fail to explain to your readers is that those who suspected something was wrong in “The Boy in the Shower” but did not act, did not do so simply because of their willingness to believe Jerry Sandusky when he said he was not sexually abusing children. In reality, their inaction was influenced by an individual and societal failure to understand sexual violence, its prevalence, and the behaviors and tools used by perpetrators to victimize children.

Mr. Gladwell, you also neglect to acknowledge that there is a duty to report suspected child abuse, for every citizen. This duty does not require one to determine what is and is not true – only to report what one saw, what one heard, or what led to a concern. This chapter minimizes the responsibility that we all share to educate ourselves about child sexual abuse and to report to authorities if we have concerns about behavior so that together we can protect all of our children.

In “Chapter 8; Case Study: The Fraternity Party”, in which the sexual assault of Chanel Miller occurred, you focus your discussion on how alcohol, particularly in specific contexts, influences the interaction between strangers: transparency and decision making are impacted by myopia (only being able to focus on what is happening in front of you without context). When interviewed by Oprah Winfrey about your book, and about this chapter specifically, you stated “You take an eighteen-year-old, who is full of hormones, who’s immature, who doesn’t have much experience with girls, you take him to a frat party, you get him 2 to 2.5 times the legal limit of alcohol, so he’s completely myopic, you crank up the music, you have all kinds of mayhem around him, first of all, he’s no longer himself and secondly he is primed to do something incredibly stupid if not criminal.” Despite the new theory you present about the effects of alcohol on an individual’s ability to control their behavior, you downplay, and lack explanation for, the multitude of people who drink and don’t sexually victimize others in any context. Your discussion of context also minimizes or does not detail for your readers the fact that Brock Turner was sexually aggressive with others during the evening, that two witnesses to the assault testified that Chanel Miller was unconscious and that when confronted by witnesses who came upon Turner assaulting Ms. Miller, that he attempted to run away.

Further, you do not mention that alcohol and drugs are the tools most often purposely used by perpetrators to either select their victims or render them more vulnerable to assault. You also fail to mention that perpetrators often intentionally drink themselves so that they may use the defense of diminished capacity to explain behavior that was planned and meticulously carried out.

Finally, your discussion of context within this chapter does not consider that sexual assaults may occur because of a general belief that this is okay – okay in certain circumstances; okay in certain environments; okay with certain people. The discussion of “hypersexualized chaos of fraternity parties and bars” needs to be broadened to a societal context where power imbalances and sexual violence are normalized, excused, and sometimes encouraged. Chanel Miller consumed alcohol.  As a consequence, what she expected was a hangover, not to be a victim of sexual assault committed against her while she was unconscious, outside, on the ground, next to a dumpster.

By not providing a comprehensive discussion of communication in “Chapter Five; Case Study: The Boy in the Shower” and “Chapter 8; Case Study: The Fraternity Party,” you trivialize the experience of those who have been sexually abused, perpetuate misinformation and ignorance, and promote rape culture.

Knowing that your works are widely read and supported, we are left deeply concerned that this book will, in easily accepted ways, reinforce harmful systemic myths and biases about sexual violence. So, we are sending a call out to both you, and your readers, to please consider having a look for what has been missed in this book.

SSAIC can’t wait to go out of business.

75-80% of our clients experience sexualized violence at the hands of someone they know and trust—a family member, a co-worker, a romantic partner…can you imagine the pain and confusion that causes?

As Saskatoon’s major service provider to victims and survivors of sexual violence, we work with clients of all genders to sort through the complex emotions of guilt, shame, and loss of self-esteem, in addition to life-altering consequences like dropping out of school, the inability to continue employment, and the loss of friends or family.

We don’t question the validity of a victim’s claims and we don’t push for the traumatic details. We let the client set the agenda and pace of their unique healing process.

The work is sometimes heartbreaking, but our clients are eternally courageous and healing is absolutely possible.

At SSAIC we hope for the day our services are no longer necessary, but until then we are proud to contribute our skills and hearts to the cause.

YOU can be a part of this important and transformative experience by supporting SSAIC with an online donation today. Below are three options for support; choose the one that suits you best, and please know that our Centre is made stronger with the support of community-minded individuals like you.

JOIN US! We believe survivors. We support survivors. And we advocate for change. YOU can help to make this possible by making a donation today.

The Great Canadian Giving Challenge is over on Sunday, June 30. That means you have only a few more days to make a donation to SSAIC (receiptable!) through Canada Helps.

Every dollar you donate (minimum $3 donation) enters SSAIC in a chance to win at $10K cash prize.

As SSAIC is running a deficit budget for the second year in a row, $10,000 would do a lot to help offset the lack of core funding.

Love SSAIC and want to support us with a regular donation?

You can create a recurring monthly donation through our website giving portal. All donations are eligible for a tax receipt. 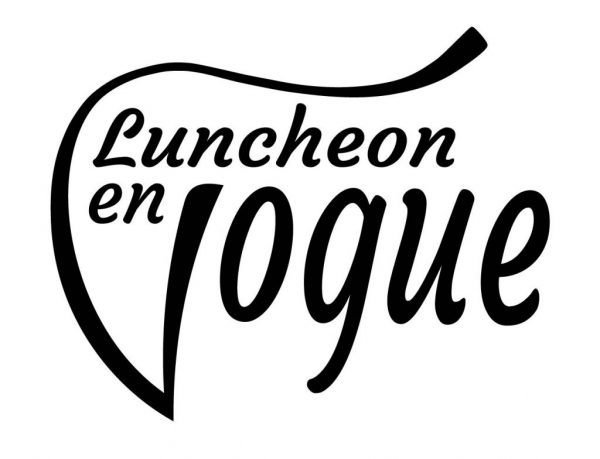 The Luncheon en Vogue is SSAIC’s only annual fundraising event.

Tickets are $65 each or $520 for a table of 8. and available for purchase through our website. The 2019 Luncheon en Vogue will feature our signature police model fashion show, silent auction, 50-50, great food, and of course a lot of fun. The keynote speech this year will be delivered by Saskatoon’s men’s mental health advocate, and former SSAIC client, Allan Kehler. Invite a friend or 7 and get your tickets today!

Sexual Assault Services Saskatchewan (SASS), of which SSAIC is a member agency, released their 22-point action plan today, Monday, May 13, 2019. This release was timed to kickoff to Sexual Violence Awareness Week in the province of Saskatchewan, running May 13 – 17.

SSAIC Executive Director Faye Davis on the importance of taking timely action in regards to this plan:

“As a member of SASS, SSAIC is proud to be delivering this Saskatchewan Violence Action Plan to the people of Saskatchewan. The vast number of survivors of sexual assault in desperate need of services and support speaks to the urgency of this issue.

In the last few years many survivors have taken the brave step of breaking their silence about their victimization, drawing attention to their needs and saying enough is enough.

We, as citizens of this province, now need to break our silence as well. It is time for us all to come together to say, we hear you, and we will work for you. This plan is an important first step in calling us all to action.”

Download the plan today to learn more about the recommended points of action, and what you can do to support the work of SSAIC and other SASS member agencies.

Now that we know the basics of consent, it’s time to dig deeper so that we can all approach the consent conversation enthusiastically. “Affirmative consent” is an enthusiastic, voluntary, and mutual agreement among all parties to engage in sexual activity.

Consent can be communicated by words or actions; however, actions must provide unquestionable agreement regarding a person’s willingness to participate in the sexual activity¹.

Here are some tips that will help you to have the consent conversation with your partner(s):

Yes, this can feel vulnerable, but consider how vulnerable you might leave someone feeling if you act without asking

Encourage your partner to communicate with you

Be aware of what makes your partner vulnerable

Err on the side of caution

Communicate your intentions and limitations

Discuss the kind of consent that works for you

Learn how to say “no” and get comfortable doing it

Provide continuous feedback to your partner

Err on the side of caution

Everyone is talking about it, but what exactly is consent?

Consent is agreement or approval for something proposed by another person. ‘Person A’ asks for what they want, and ‘Person B’ willingly gives permission for it to happen. Easy right? But there’s more. When it comes to sex, consent is a conversation that takes place before, during, and after any sexual activity.

Did you know that consent is an essential element of sex?

The Criminal Code of Canada defines consent as “the voluntary agreement of the complainant to engage in the sexual activity in question” and without consent, a sexual offence has taken place.

According to the Canadian Criminal Code, consent CANNOT be given under the following conditions:

The consent conversation is an ongoing dialogue between people who are sexually active with each other. It’s a two-part process that involves ‘Person A’ obtaining consent and ‘Person B’ providing consent. Our next post will discuss specific tips for obtaining and providing enthusiastic consent, so stay tuned. Consent is often talked about in terms of “enthusiasm” because it’s important that the person giving consent does so willingly and passionately. Consent that is not given in earnest is moving down a slippery slope toward coercion.

Here are some facts and myths about consent that might help clear up any questions:

Myth: Consent is all about saying “no”.

Myth: It’s a man’s job to get consent from a woman.

Myth: You only have to ask once.

Finally, if you’re feeling iffy about all of this consent business, consider this:

If you can’t talk to your partner about sex, should you even being doing it with them in the first place?