Spaces still available: First Responder to Sexual Assault Training™ scheduled for November
First Responder to Sexual Assault Training™  program is designed for professionals and paraprofessionals who may receive a disclosure of sexual abuse/assault as a part of their work with children, youth, and adults, or vulnerable populations including new Canadians and people with disabilities. Facilitated by accredited SSAIC staff, the course explains the impacts of sexual violence throughout a lifetime, the communication skills needed to provide an effective response, and appropriate referral resources.
Learn more about the First Responder training program and upcoming dates here.

The Women’s Legal Education and Action Fund (LEAF) is a national non-profit organization with a longstanding history dedicated to advancing the equality rights of women by focusing its work on litigation, law reform and public education. Since 1985 leaf has intervened in over 90 cases that advanced the equality of women in Canada. Here are some examples of their work related to violence against women and sexual assault

In R. v. Jarvis, the Supreme Court considered whether a male high school teacher who secretly filmed his female students’ breasts with a camera pen had violated their “reasonable expectations of privacy” and was therefore guilty of voyeurism. The court ruled that the teacher was guilty of voyeurism addressing the defense arguments upheld at lower court levels that the students had no reasonable expectations of privacy as the students were filmed while there were in public areas. Read more …

Television getting it Right

If you want to see a few great examples of television making history by assisting in increasing the public understanding of the impacts of sexual assault on survivors we would highly recommend:

Grey’s Anatomy Season 15 Episode, Silent All These Years
This episode follows 3 separate story lines related to sexual assault including a patient who was brutally raped being admitted to Grey Sloan Memorial Hospital.  The episode illustrates a sensitive and accurate portrayal of the bravery required to undergo a forensic examination preserving evidence of sexual assault.  It is a powerful, survivor-centered episode.

Unbelievable
Unbelievable is a new 8 hour mini-series on Netflix that tells the story of Marie, a teenager charged with lying about having been raped before two female detectives uncover a string of assaults eerily similar to hers.  It follows the detectives through these investigations.
Here is how an article in Vogue describes the series.

“Unbelievable doesn’t make for easy watching—the show opens with a trigger warning you’ll want to take seriously—but it’s one of the most complex onscreen depictions of sexual assault in recent memory. The violence isn’t gratuitous, the story’s investigative arc is female-driven, and, most importantly, the agonizing question of how to go on living in the wake of sexual violence is treated with care.”

Our website is full of information and each month we will highlight one article for you.   Please click on this link to learn more about the role alcohol and drugs plays in sexual assault.

You can now support us by making a reoccurring donation directly on our website.

Nicole Cushman, Executive Director of AMAZE, says sex ed might be the answer to America’s (and by extension, Canada’s) sexual assault problem. This op-ed video articulates the need for quality sex education from an early age. Children need to understand the issues of consent, healthy relationships and boundaries to put an end to the  culture of rape and sexual assault.  Nicole Cushman says AMAZE is “fixing the patchwork” of sex education across America by taking their message online in engaging, age­-appropriate sex education resources for youth.

Childbirth can be the most wonderful experience in a woman’s life.  For  survivors of sexual abuse, birth can trigger feelings of loss of control over one’s own body and buried trauma.  Negative maternal experiences are not acknowledged due to society’s insistence on ideal birth and motherhood scenarios. Two Regina women are working to address the gaps in education and public conversation with tools and resources for survivors.

This comic by Jim C. Hines deftly skewers the double standard directed towards survivors and illustrates the no-win situation many face when they report the crime. Staying silent means the issue is not addressed and speaking out results in blame and disbelief levelled at survivors.

The culture of blame and shame ~ society’s negative attitudes towards women and sexual assault. 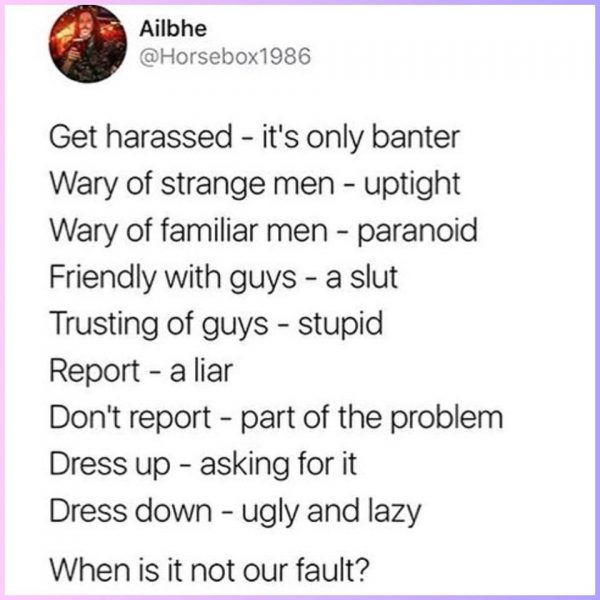 The province of Saskatchewan and the City of Saskatoon have declared May 15-19, 2017 as Sexual Assault Awareness Week.

Evidence shows that fewer than 9 out of 10 sexual assaults are unreported to police. These proclamations by the city and province take a stand with an ongoing commitment to public education and awareness of sexual violence.

The YWCA Canada creative campaign “Never Blame the Victim” draws attention to the ways in which survivors of sexual violence are subjected to judgment instead of support.

Instead of accusing the survivor of provocative actions, the blame for sexual violence rightly lies solely with the perpetrator. There is still much work to be done to adequately support survivors in healing and to create an environment where sexual assault is understood as unacceptable in all circumstances.

The Saskatoon Sexual Assault & Information Centre (SSAIC) and YWCA Saskatoon endeavor to support women who are survivors of sexual violence by providing free resources for those who need them.

YWCA Saskatoon provides a first come, first served crisis shelter for women and children who need a safe place to stay, along with confidential counselling and wrap-around supports and referrals. 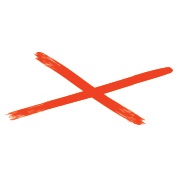 It’s  “a brief video about needing to be believed after sexual assault. This video was done for the Saskatoon Sexual Assault and Information Centre in Saskatoon, Sask. as part of their annual Luncheon en Vogue fundraiser to help bring awareness about sexual assault. Two survivors put their artistic abilities together to make a powerful statement to be Believed.”